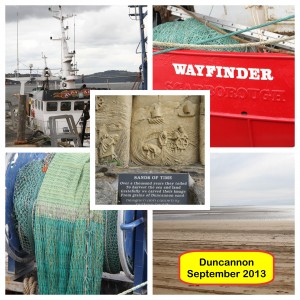 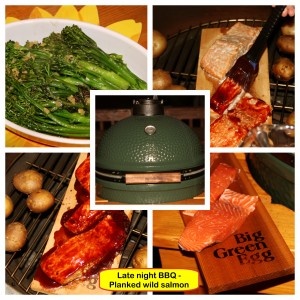 Fuchsia Dunlop describes Sichuan food, Chuan Cai as the spice girl of Chinese cuisine “bold and lipsticked with a witty tongue and a thousand lively moods.” Too true. Even the Chinese warn you against the chilli heat of Sichuan cooking “Ni pa bu pa la?” “Are you afraid of chilli heat?” but once you get it in the right balance it’s addictive and milder alternatives seem bland. Since I returned from China I’ve been hoping to re-create those taste sensations at home.


Drumroll everybody… this is my first time ever to create a dish without a recipe. It’s based on the Seafood Typhoon Style prepared for me Inside the Kitchen of the China Sichuan. One of the things I’m determined to do as I learn to cook Chinese food is to use the best of Irish ingredients along with authentic Chinese spices and flavourings. I’m convinced there’s a marriage made in heaven to be had here. After a morning spent yesterday at Cavistons of Glasthule, thanks to @mumofinvention, learning how to prepare crab and lobster with Peter Caviston, seafood was on my mind as I made my way south to Wexford.

Seafood is not readily available in the land-locked province of Sichuan which explains the popularity of Fish-fragrant flavours there – see recipe for Fish Flavoured Pork Shreds. But fish is abundant here in Wexford in the south east of Ireland where I was born and where I spend many weekends in the little fishing village of Duncannon. I recently tracked down, through Twitter, a relatively new fish shop in nearby Arthurstown called Fish Ahoy. They are on Facebook and on Twitter @Fishahoy1. That means that it’s now possible to get fresh fish from Bernie by arrangement on a Sunday morning if a new boat load comes into Dunmore East or Duncannon late on the Saturday night. So I made this dish with the zingy fresh fish that had come in with the last catch of the day yesterday rather than the combination of sole. monkfish, prawns and scallop used in China Sichuan.

So here goes with Sichuan (Chuan Cai) Seafood “Duncannon” Style. It doesn’t pretend to be an authentic Sichuan recipe but it captures the flavours all the same,

Chuan Cai Seafood “Duncannon” Style
Now don’t be expecting very precise amounts of ingredients – I’m new at this lark after all – just play around to suit your personal taste. END_OF_DOCUMENT_TOKEN_TO_BE_REPLACED