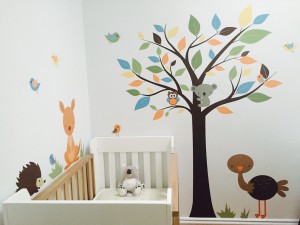 It’s a waiting game now, waiting for grandchild number two to arrive in Australia as Claire spends her last few days in the office and prepares for what she hopes will be a few weeks of rest and calm before the onslaught of her baby’s arrival. We don’t know if its a boy child or a girl child, nor do we care. I just long for her to hold this much longed for baby safely in her arms.

I’ve never felt the distance between us so keenly; not during her first J1 Visa trip to the USA when I cried to her the night before she left (much to her amusement) over my lingering guilt at missing her first ballet display; not when leaving her behind in a dodgy apartment in London which we she shared with strangers and we had helped her clear of the detritus of other’s lives with many trips to the local tiphead; not when gulping back tears and fears after we waved her and Mike off on their round the world trip of a lifetime; nor wondering what she was doing or where she was at a given moment somewhere in the remote reaches of India or Cambodia or Vietnam; not when saying goodbye to her and Mike after our first visit to them in Sydney content that they had truly found each other in their quest for adventure in their lives and relieved that they would stay in one place for awhile, a place I could visualise in my mind’s eye, even if it was on the other side of the world; and certainly not when, six years later, celebrating their Australian citizenship from afar with pleasure and pride in the lives they have made there and that rueful awareness that our lives will be forever full of joyous reunions and tearful partings.

Nothing compares to this, this waiting game – the memories flooding in of her own arrival in this world; the visceral need to be there with her in spirit as she encounters motherhood for the first time; the vivid recall of driving home from The Coombe Maternity Hospital with her tiny, beautiful, swaddled and oh so dependent in a moses basket on the back seat of a mini and mine, mine, mine – mine to love, to worry about, to marvel at, to have an extraordinary mother daughter bond with for the rest of my life. Mine and yet not mine, very much her own person. About a year ago she sent me Tina Fey’s beautiful poem “A Mother’s Prayer for her Child” and I read it often these days, halting at the line “for Childhood is short – a Tiger Flower blooming Magenta for one day. And adulthood is long…” Be safe Claire and Bump and Mike. And Bump… now we just want to meet you and get to know you.

Somehow spending more time with grandchild number one – Dermot – is making the waiting and the distance both easier and harder. Easier because the fun of being with him several times a week is a joy completely unlike my recollections of early parenthood when the worries, insecurities and juggling of home and work life overlaid the unbridled pleasure of watching them grow and learn. If I could have scripted Dermot like a character in a novel when I started to write this blog nearly three years ago he would have had a love of food and cooking.  But I dismissed that a wishful Nai Nai thinking, half expecting him to be the kind of child who would be picky about his food (like his Dad was!) and not in the least bit interested in goings on in the kitchen.

And yet… nature and nurture will out in strange ways and here he is, not long turned two, liking nothing more than pulling his little step to stand beside me at the butcher block and make cookies or help prepare dinner. Well ok cars and buses and trucks and bikes and aeroplanes and anything with wheels are this budding little master chef’s other preoccupations. But we’ve taken to having Nai Nai play dates once a week which consist of him “helping” me cook or bake. So far we’ve made ginger biscuits, flapjacks, prepared meat for the big green egg and filled turkish stuffed peppers. And at home with his Mum and Dad he has made bread from scratch and pizzas and cookies. For a little guy that rarely sits still for an instant when awake, his concentration in the kitchen and the precision of his movements and his glorious are a marvel to behold. He rushes to the door in glorious, garbled excitement to tell him Mama and Dada in his own unique Chinglish what he has just made. He even enjoys washing up, making sure every piece is thoroughly rinsed and clean before it it placed in the drainer. Ah well, what child doesn’t love the chance to play with water with adult approval. Let’s call it productive play rather than child labour!

While he busied himself with washing up our baking trays yesterday, I put together this fast beef curry for his Mum and Dad and Derry who were battling April showers on their way home from the city centre. My Twitter friend Siobhan sent me the recipe which she learnt recently on a visit to Gioan Cookery School in Hoi An, Vietnam. These days I’m constantly looking for new ideas to tickle Shan’s Asian tastebuds with echoes of her Chinese home but something a bit different going on with the warming spices of India and Thailand and the lemon grass tang of Vietnam. This quick and easy week night recipe certainly hit the spot on a wild and windy first day of April. Siobhan tells me that it tastes even better on day two – ours didn’t last long enough for me to find out. Thank you for sharing Siobhan and Claire I look forward to cooking it for you soon on a winter’s day in Sydney. 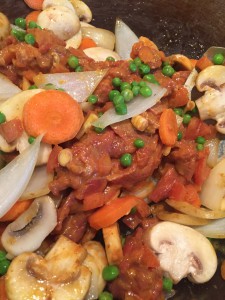 Beef curry in the wok 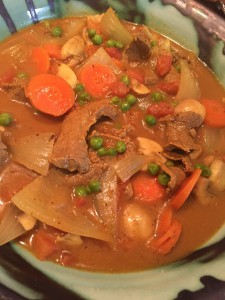